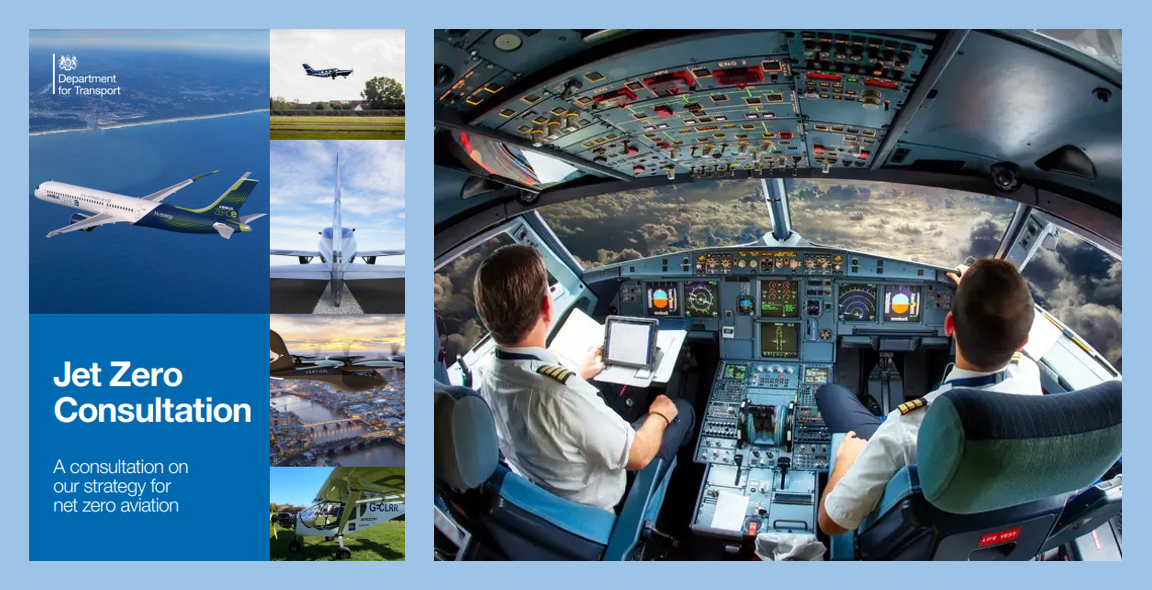 Safe Landing have responded to the UK Government Department for Transport “Jet Zero” Consultation: “updated evidence and analysis to inform our strategy for net zero aviation” which closed this week.

We believe a variety of scenarios are missing:

– limits on air traffic growth, particularly of long-haul aviation as recommended by the IEA.

The updated Jet Zero consultation models 4 scenarios, all of which project a large growth in UK aviation over the next three decades to 2050. This growth is even greater in the updated 2022 scenarios than in the scenarios originally modelled in the initial 2021 consultation.

Such growth flies in the face of advice from the UK Climate Change Committee (CCC), the IEA and the IPCC saying that we must limit air traffic. We believe this level of growth will lead to an industry crash and is actively dangerous for future job security of aviation workers.

Part of the reason for this growth is a lack of UK Government policy restricting airport expansion, as advised by their own independent climate change advisors: the CCC. As a result, despite this advice, there are many airports around the UK with significant expansion plans

Another reason for the growth is lack of regulations to properly price aviation pollution and ensure the ‘polluter pays’ principle, as advocated by Jet Zero. This is particularly true for the ‘CORSIA’ (outside UK/EU) prices which are far below the real cost of emissions.

All updated scenarios also include an increased use of Sustainable Aviation Fuels (SAF) despite evidence that these can’t be scaled to the quantities modelled without competing with other sectors for limited resources and causing adverse social & environmental impacts.

The scenarios also assume overly optimistic assumptions about the rate of aircraft efficiency improvements and the development and deployment of “zero emissions” aircraft such as electric and hydrogen. Crossing our fingers and simply “hoping for the best” isn’t in our aviation DNA.

As aviation workers within this technically-minded sector, we’ve assessed the options relied on by the Jet Zero scenarios, and believe they are overly-optimistic and unlikely. In some cases, they are dangerous to the environment, the economy, society and our own industry.

If we return to ‘business-as-usual’ growth based on improbable technological developments, we risk having the rug pulled from under us, and will face a cliff-edge of sudden air traffic reduction. This will inevitably cause a major industry crash and danger to workers.

We’d like to avoid such a crash by seeing necessary policies applied through early design, rather than late disaster. If there’s to be any security for those of us in the industry, we recognise that a credible path to net zero aviation is essential. Jet Zero is not that path.

And our response to the initial (Sept 2021) consultation here.

Luton is one of many UK airports with plans to expand and significantly increase their maximum passenger capacity. Named ‘Luton Rising’, it plans to increase capacity from 18 to 32 million passengers per year (a 78% increase).  Like Bristol and Gatwick in 2021, we...

Safe Landing members were involved in this project and helped draft the final report titled “Producing fuel for other people’s planes: A case study on the Omega Green Biofuel refinery in Paraguay” which was commissioned by the Stay Grounded Network and authored by...